Michigan Medicine, one of the largest health-care complexes in the world, has deployed active RFID Asset Tracking System to track thousands of assets throughout its facility. The technology is intended to reduce rental costs, as well as the rate of missing equipment as the health-care provider expands further. 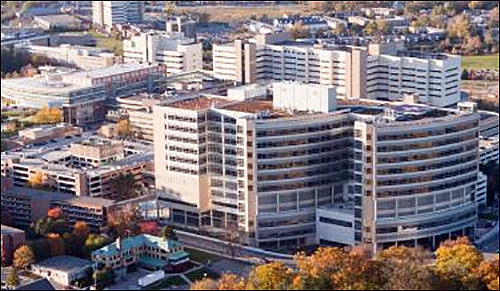 Michigan Medicine houses 1,000 beds in five buildings, and receives 104,000 ER visits and more than 54,300 surgical cases annually. The hospital manages 12,000 pieces of equipment in its centralized patient equipment department. That equipment includes pumps and beds, as well as other devices in high demand and critical for patient care. Davis’ office received 200,000 equipment requests in 2016 alone.

Traditionally, requests were made by health-care personnel online or by phone, and were filled by hospital employees who delivered the requested equipment. Those individuals then swept units for equipment that require cleaning, and that equipment was then cleaned and returned to the central facility until requested again.

“Clearly, with a system this large, you’ve got to know where everything is on the fly,” Davis said, but by 2008 the hospital had realized it needed technological tools to improve the system.

Davis said that by 2012, the hospital was conducting research into RFID solutions and visiting other sites with technology implementations. They knew they didn’t want to use power outlets or run a large amount of Ethernet cable, so they opted for the Stanley Healthcare RFID System that would leverage the hospital’s existing Cisco Wi-Fi infrastructure and enhance that with Power-over-Ethernet (POE) exciters. Once the hospital obtained management approval in 2014, it began an implementation the following year, and it has since tagged more than 6,500 assets.

The company chose to deploy the technology in three phases, Campbell said. It upgraded the Mobile View software it had installed previously for some asset tracking in other departments, installed dock alarms and began tagging the first 5,700 assets with Stanley T2 tags for the first phase. The alarms were part of an effort to reduce accidental disposal or loss of equipment, she explained, adding, “We wanted to find out what equipment was leaving in the laundry or trash.” Therefore, it installed audible dock alarms and a strobe light, and mounted exciters in the three dock locations through which trash and laundry travel out of the building.

The hospital recently completed phase two of its deployment by setting up a PAR level system using Mobile View to track how many pieces of equipment enter key areas, such as soiled rooms, and thereby ensure that staff members come to retrieve those pieces for cleaning. According to Campbell, the hospital now also has 65 rooms with room-level tracking. During the next few weeks, the facility plans to move into phase three, which will include applying room-level tracking in 60 more rooms. In addition, it will establish dashboards to better view and manage the movement of equipment to patients, then into soiled rooms, through cleaning and back to the units where they are needed.

Multiple challenges arose while the technology was deployed, Campbell recalled. One such challenge involved deciding where exciters should be placed. Each exciter transmits an ultrasound signal to the asset tags, awakening the tags and prompting them to transmit their own ID, along with that of the exciter. The hospital chose to install 200 exciters in soiled rooms and a clean storage area to provide highly accurate views into how many pieces of equipment were collecting there. The patient rooms did not require location accuracy for assets at such a high degree, Campbell explained.

To ensure that tags did not fall off, the hospital opted to use mounting brackets with tape or zip ties. In some cases, the ultrasound exciters interfered with ultrasound-based occupancy sensors. Batteries will need to be changed every 1.5 years, she said, which poses another challenge.

The benefits will become apparent in future months, the hospital predicts. For instance, Campbell estimated, a reduction in rental spending will begin to occur in June. The dock alarms have saved the hospital $4,300 by catching equipment on its way out in trash, she reported. The reduced labor previously spent by caregivers searching for equipment may be more difficult to measure.

Davis predicted that the hospital will also reduce the number of equipment orders, as staff members find the clean equipment already available for them in their units. The next step is to complete the tagging of the remainder of the assets. The facility is still reviewing other options, such as tracking the movements of patients. Its immediate focus, Davis said, is only on tracking assets.

InLogic IT Solution is pleasured to be the part of one of the world greatest partners EESL RFID which is introduced by the ESMA with EESL program. This valuable and useful program initiates at 23rd of July 2017 for the most of the Electrical products and is announces in their official website http://www.esma.gov.ae.